The ten most successful films at the German box office according to attendance (as of November 24, 2018):

The Golden Globe Awards will take place on February 12th at Coconut Grove.

The Santa Monica Civic Auditorium Academy Awards will be held on April 10th . It was originally scheduled for April 8, but due to the funeral after the assassination of Martin Luther King , it was postponed for two days. The moderator is Bob Hope .

The 21st Cannes International Film Festival in 1968 was to take place from May 10th to May 24th, 1968. On May 18, the jury members Louis Malle and Roman Polański, together with Claude Berri , Jean-Gabriel Albicocco , Claude Lelouch and Jean-Luc Godard , declared their solidarity with the students of the Paris May riots and spoke out in favor of canceling the festival. On May 19, 1968, the festival was actually canceled and no prizes were awarded for the films entered into the competition.

The festival starts on June 21st and ends on July 2nd. The jury awards the following prizes:

The festival starts on August 25th and ends on September 7th. The jury awards the following prizes: 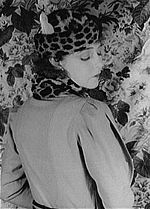 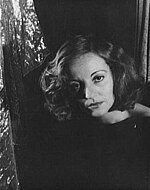