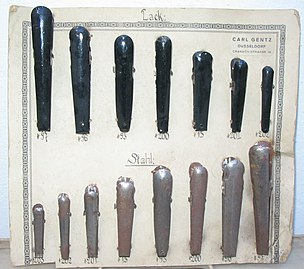 A Kollierklammer serves at Pelzkolliers, scarves in animal shape, for broadcasting placing the folded necklaces, at the same time prevented from falling off. It is sewn or sewn onto the underside of the collating head . The wearer clings it to the rear end of the necklace, to a hind paw or to the tail.

“In the clamp manufacturing department, it looks like a forge. Long iron straps made of SM steel run under the punch of a machine and fall into the basket in the desired outline shape, at the same time punched. For six hours, the punched out basic shapes are then placed in a rotating drum in order to blunt the sharp edges. In a subsequent machine processing, the individual parts are bent and embossed in such a way that the upper and lower parts, assembled in home work and provided with a coiled spring, are brought into the enamel liquor after flattening and squeezing the nails and then for three hours at 180 degrees heated lacquer oven can be brought to a high gloss. In this way it is prevented that the clips become rusty due to hand sweat when they are later covered with fabric or crocheted over. 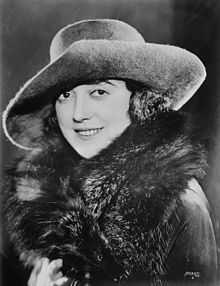