The title of this article is ambiguous. For the musical of the same name see Glasnost (Musical)

Glasnost (in Russian гласность listen ? / I 'openness', 'transparency', 'public') is a catchphrase describing the policy of greater transparency and openness of the state leadership towards the people, which was introduced by General Secretary Mikhail Gorbachev in the Soviet Union in March 1985 . 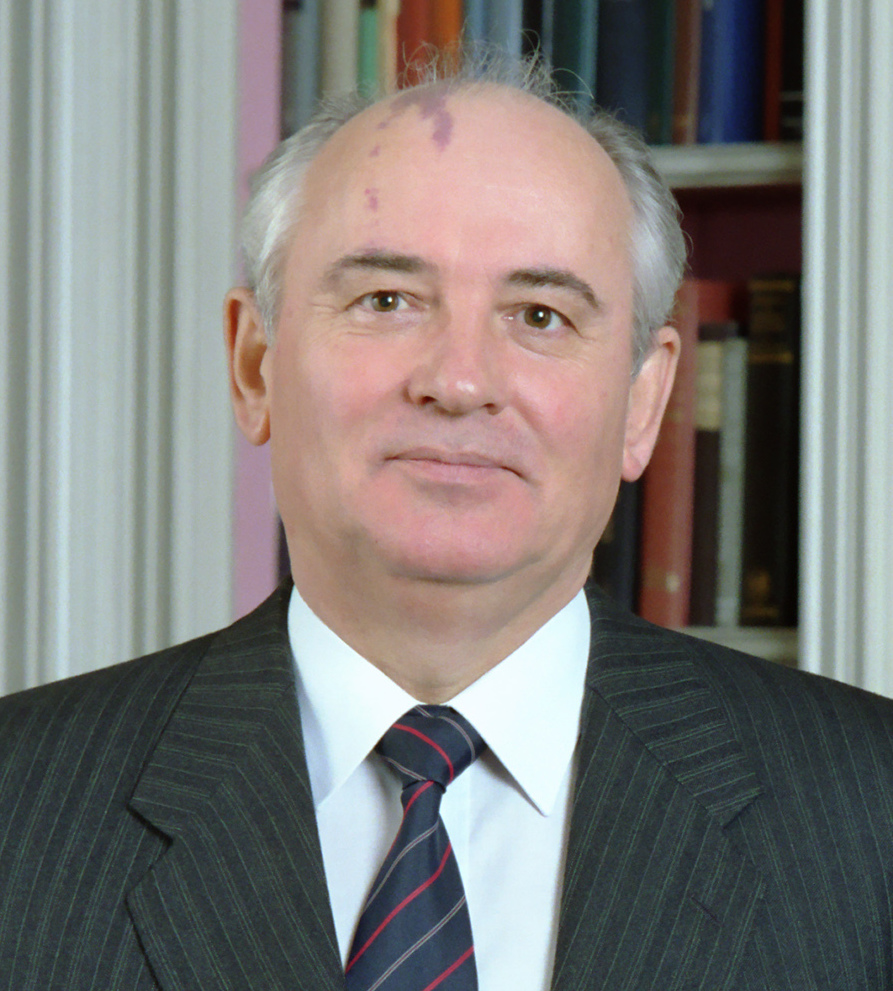 In March 1986 Gorbachev declared for the first time that it was necessary to bring about great social changes in the Soviet Union. In the April plenary session of the Central Committee of the CPSU on April 23, 1986, Gorbachev deepened in his lecture “On the convocation of the Ordinary XXVII. Party congress of the CPSU ... ”the necessary“ deepening of socialist democracy and the self-government of the people. ”The April plenum was a first breakthrough in the new policy. In May 1986 Gorbachev addressed the reforms at the Smolny Institute in Leningrad and the first hints were now also in the western press.

On the XXVII. At the party congress, Gorbachev first introduced the term glasnost in his keynote address on February 25, 1986 with the words:

"Without glasnost there is no democracy, and there cannot be either ... It is important to let glasnost become a properly functioning system. You need glasnost in the center, but just as much, maybe even more so at the base, where people live and work. "

Gorbachev thus initiated a relaxation of the attitude to freedom of speech, expression and freedom of the press in the country.

In the West , the term was often interpreted as transparency , presumably due to the fact that glass is known in German and English . In fact, glasnost comes from the Church Slavonic word glas (Russian голос / golos ), which means "voice" and means "the open and comprehensive information about socially significant activities and the possibility of their free and detailed discussion". It therefore also includes the democratic principle of freedom of expression. Gorbachev used the term accordingly at the party congress. The term glasnost was also used in the 19th century by the reformed Tsar Alexander II , who had thus introduced the public to court hearings.

Gorbachev intended, with the help of glasnost, to trigger a critical public discussion about the critical development of the Soviet economy and thus to create a high level of acceptance for the perestroika reform policy introduced in 1987 .

Glasnost enabled the media to critically report on political and social events. The sharp debates in the People's Deputies Congress were broadcast live on television, which led to public indignation in view of the published truth about the real situation in the country or falsified production statistics. In the thunderstorm of fearless discussions, the old regime later perished.

The physicist Andrei Sakharov and other regime critics were released from prison or were allowed to return to the Soviet Union. Peaceful demonstrations without restrictive police intervention became possible. The churches, previously patronized and suppressed by the atheistic Soviet state, were given back freedom of action.

Glasnost made a major contribution to the democratization of the Soviet Union and the entire Eastern Bloc , which Gorbachev had not intended in terms of its extent and its development. He wanted to use glasnost and perestroika to free the situation in the Soviet Union from deadlocked Stalinist structures in order to improve the desolate economic situation in the Soviet Union with improved policies. Gorbachev ignored, however, that the mood in the entire Eastern Bloc was already tipping, and so the reforms acted as a trigger that shook Soviet domination there and finally collapsed.