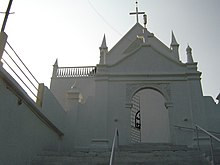 This church is to be distinguished from the Malankara Orthodox-Syrian Church ( Indian Orthodox Church ) and the Syro-Malankara Catholic Church , both of which are not under the patriarch of Antioch. 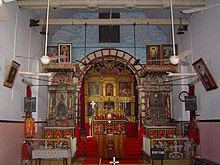 The interior of the Valia Palli (Old Church) in Kottayam , Kerala

The current Catholicos, Mor Baselios Thomas I , was elected at the synod of the Malankara Syrian Orthodox Church (patriarchal faction), of which he was previously president, on December 27, 2000 and after a renewed church constitution on June 26, 2002, and was elected by the Patriarch on Dedicated July 6, 2002.

The church is divided into:

She maintains a seminary in Udayagiri.