The Great Vowel Shift (also Tudor Vowel Shift ) summarizes the vowel changes in the English language that occurred between about 1400/1450 and 1700/1750 and thus include the phase of early New English . The names refer exclusively to the changes in the middle English long vowels . This is a lifting or closing of the long vowels. In contrast to the long vowels, the short vowels shown in the following diagram experience a lowering or wider opening. However, the short vowels change independently of the Great Vowel Shift . The New English spelling usually reflects the original sound level, e.g. B. / eː / to / iː / (English feel, “to feel”), / iː / to / aɪ / (English to find, “to find”), / uː / to / aʊ / (English mouse, “mouse "), / Oː / to / uː / (English moon, " moon "). 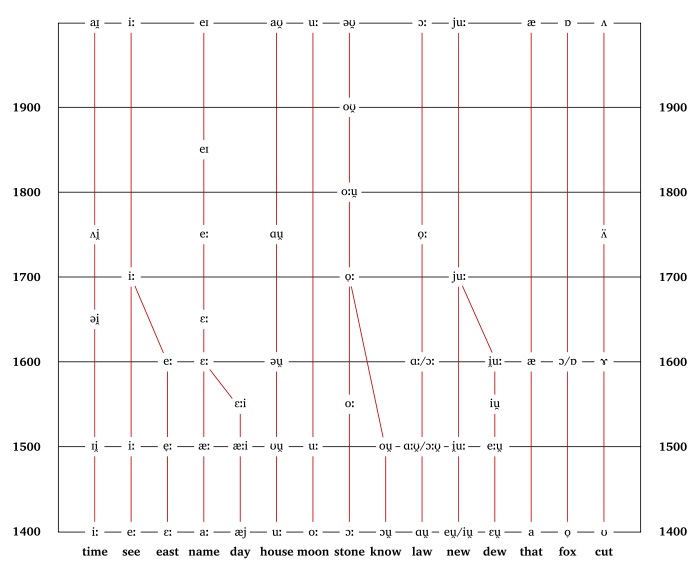 There are several theories about the cause and the exact course of the Great Vowel Shift . The two classic theories are called push chain and pull chain: