The underground project 131 ( Chinese  “131” 地下 工程 , Pinyin “131” Dìxià Gongcheng ) is a bunker system consisting of numerous tunnels in the Chinese province of Hubei . 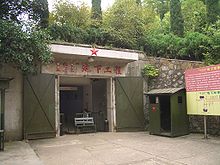 The tunnel system was built in the late 1960s to early 1970s to protect the Chinese military leadership in the event of a nuclear attack. However, the facility was never completed or used and is now a freely accessible tourist attraction.

Underground Project 131 is near Gaoqiao Township (高桥镇) in Xian'an District, Xianning Prefecture City, Hubei Province. It is located about 15 km east of the urban area of ​​Xianning and 80 km south of central Wuhan.

The tunnel system will be 456 meters long and the construction costs are estimated at 130 million yuan . 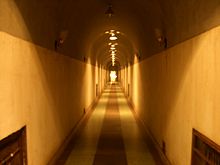 Bunker doors near the entrance