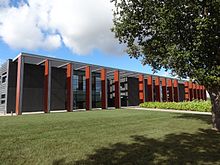 Desoutter Industrial Tools is a manufacturer of electrical and pneumatic assembly tools based in Saint-Herblain , France . The company was founded in 1914. Products and services are sold in more than 170 countries via 20 different business areas. Desoutter Tools operates in a variety of industries such as aerospace, automotive, assembly, heavy-duty and off-road vehicles, and general industrial supplies.

Georges Renault has belonged to the Desoutter Tools Group since 1989 and Seti-Tec since 2011. The US company Tech-Motive was added in 2005 and the Swedish company Scan Rotor in 2004.

The Desoutter company was founded under the management of Marcel Desoutter. From the beginning, Desoutter relied on the development of special compressed air tools in order to be able to correctly drill into the aluminum components of the artificial limbs.

While new developments found their way into the range, the company developed into an expert in this field and decided in the 1950s to focus exclusively on this business area.

The original idea for the logo goes back to Charles Cunliffe, longtime head of the advertising department at Desoutter after the Second World War. The company grew rapidly during this time and brought a number of new products to the market. Their market launch was accompanied by a new type of advertising campaign that showed tiny figures in work overalls with horse heads.

Desoutter has relied on this concept of horsepower in marketing for twenty years. During this time, the management even determined that the horse as such embodied the company's philosophy.

In 1973 the horse's head was combined with the Desoutter lettering, a facsimile of the signature of Louis Albert Desoutter, one of the company's founders.

For the company's centenary, the logo was rejuvenated and adapted to current tastes.