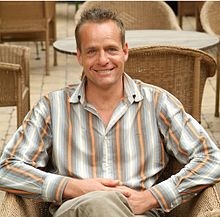 Joachim Steinkamp is the founder and, from 1991 to 1996, editor-in-chief of the weekly newspaper Neue Spezial , which is exclusively devoted to unresearched and non-researchable reports. He is considered to be the inventor of German fantasy journalism.

With the market launch of the paper in 1991, Steinkamp caused a fundamental turnaround for readers in dealing with headlines and reports in the so-called tabloid press and had a lasting influence on them through his publications in Germany, the Netherlands and Belgium.

In 1996 the Neue Spezial disappeared from the market. Since then, Steinkamp has worked as a freelance director and director for German television.