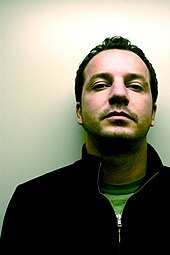 Graham grew up in Spain and the USA , and in 1989 he emigrated to Canada . In the 1990s he worked as a DJ in the well-known Atomic nightclub in Ottawa .

His career as a producer began in 2000 with the release of the tracks Airtight and Tell You . In response to the international response he generated, in 2001 he was invited to remix the well-known CD-ROM series Transport . A world tour followed.

Then Graham took a break from work. His internationally successful hit Owner Of A Lonely Heart was born at the end of 2004 . The song samples the hit of the same name by the band Yes from 1983. Graham reached the top ten of the charts in Great Britain with the single.

In 2005 a mix album was created for the record label DMC . Two other songs by Graham were released on the Little Mountain Recordings record label .