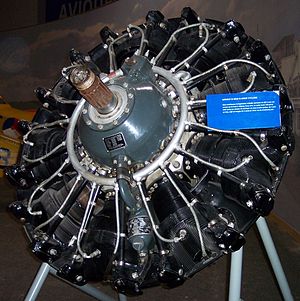 Wright Cyclone was the name of a series of aircraft engines from the American manufacturer Curtiss-Wright . They were air-cooled radial engines that were built in four series with many sub-types and sold in large numbers.