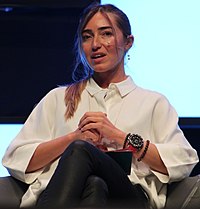 Şahika Ercümen (* 16th January 1985 in Canakkale , Turkey ) is a Turkish Freitaucherin and underwater hockey - and underwater rugby player of the Turkish national team.

In childhood Ercümen suffered from asthma and allergies. As a result, she often had to be treated in hospitals. She attended Gazi Elementary School in Canakkale , and graduated from Milli Piyango Lisesi in Canakkale. She then studied health and nutritional counseling at Ankara University .

She started freediving in 2003 . At the World Championships in Tenerife she achieved the best result within the Turkish team and also set a new Turkish record.