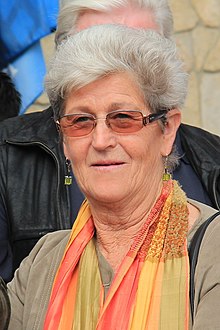 As a trained agricultural worker, she and her husband managed a farm in mountain farming zone 1 from 1967 to 2000. In addition, Schierhuber was and is active in various political offices and functions, including the Lower Austrian Farmers' Union , the Chamber of Agriculture and from 1986 to 1996 in the Federal Council .

She has been chairwoman of the Austrian Association for Medicinal and Spice Plants since 1993.

In 2000 she was awarded the title of economist and the farm was handed over to the oldest daughter. She has been married since 1967 and has two daughters.

In the European Parliament , Agnes Schierhuber was a full member of the Agriculture and Rural Development Committee as well as of the Delegation Canada and a substitute member of the Committee on Employment and Social Affairs. In the Group of the European People's Party ( EPP-ED ), she was Vice-Chair of Working Group C (Agriculture, Fisheries, Budget, Budget Control).