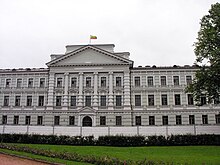 Court of Appeal of Lithuania

In Germany there is a continuous demarcation between appeal and appeal ; since the standardization of the procedural rules through the Courts Constitution Act , the following are referred to as appeal courts and are responsible

In Switzerland are responsible

In Italy the appellate courts use the name Corte d'appello .

In English-speaking countries, the courts of appeal are usually called the Court of Appeal or also the Supreme Court .