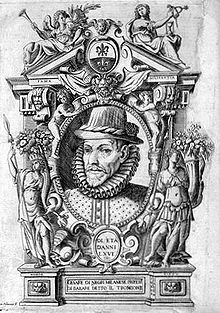 In the second half of the 16th century he wrote an important treatise on courtly dance in Italy. His treatise Le gratie d'amore , first published in Milan in 1602, is one of the most important sources on Italian ballroom dancing in the Renaissance , along with those by Fabritio Caroso .

Divided into three sections, the first part is a biographical outline of Negri's professional background, while the second describes the most virtuoso dance of the time - the " Galliarde ". The third section conveys a number of additional steps used in the 43 choreographies in the treatise. - The full-page illustrations mostly give an impression of the starting position for the individual dances. The appropriate music is added to each dance.