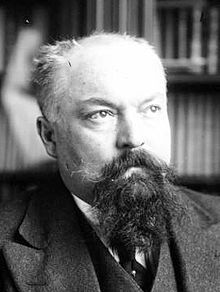 The son of a hotelier studied art and law after attending school. In 1895 he became a city councilor in his hometown. From 1897 he was a member of the General Council (France) of the Haute-Saône department , from 1907 to 1920 he was a member of the Senate for Haute-Saône. In Joseph Caillaux's cabinet he was Minister for Trade and Industry from 1911 to 1912, and Minister for Labor and Social Affairs in 1914 under Prime Minister René Viviani . In 1920 he withdrew from active politics and then worked a. a. as director of the École nationale des arts décoratifs and honorary president of the Société des auteurs et compositeurs de musique .

Couyba also worked as a writer under the name Maurice Boukay . In the 1890s he published several volumes of poetry, the first of which - Chansons d'amour - appeared in 1893 with a foreword by Paul Verlaine . Many of his poems were set to music by Paul Delmet ; The Stances à Manon had great success . As a journalist he wrote articles for the magazines Gil Blas , L'Événement and the Revue bleue .

With A. La Rochefoucault and Jules Bois he founded the revue Le Coeur . For Jules Massenet , he and Georges Spitzmuller wrote the libretto for the opera Panurge based on François Rabelais ' Gargantua and Pantagruel , which premiered in 1913. As a chansonnier he performed a. a. in the famous Le Chat Noir . Finally, he wrote a number of cultural and literary theoretical writings.