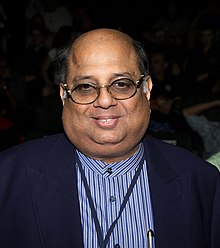 Ramachandran's family operates The India Cements Ltd. one of the leading cement manufacturers in South India. Until he started working as a sports official, he held a leading position in the company. He had also been President of the Madras Chamber of Commerce and Industry (MCCI).

Ramachandran held various offices at the Indian Olympic Committee and was elected President in 2014. In November 2016 he was replaced at the head of the World Squash Federation.