Complete article unoccupied, only a link to the website. In particular, "He has obtained acquittals from African Americans in Alabama and Mississippi who face the death penalty." is questionable. What were you charged with? What does skin color have to do with it? 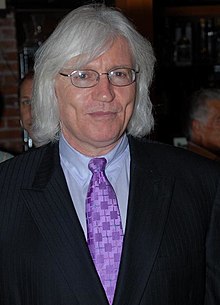 Thomas Arthur Mesereau Jr. (* 1950 in West Point , New York ) is an American lawyer . He is now considered one of the most famous and respected lawyers in the United States.

The son of a member of the US Army grew u. a. in the state of New Jersey. Originally he wanted to be a journalist; after graduating from Harvard University and the London School of Economics, he studied law at Hastings College in San Francisco. During his student days he was also an amateur boxer. His law firm Collins, Mesereau, Reddock & Yu LLP is headquartered in Los Angeles , California in the Century City neighborhood of Santa Monica Boulevard. He specializes in criminal litigation in federal and state courts.

Mesereau became internationally known in 2004 when he took over the defense of the pop musician Michael Jackson in his trial for allegations of child abuse together with Susan Yu. On June 13, 2005, he finally obtained an acquittal for his client on all counts, as Mesereau was able to successfully shake the credibility of the witnesses. However, he has been criticized for wanting to summon countless celebrities as witnesses in court in order to save Jackson's good repute.

Tom Mesereau comes from a military family with u. a. Irish ancestry and is a regular churchgoer. He has obtained acquittals from African Americans in Alabama and Mississippi who face the death penalty. Mesereau gives free legal aid to the poor in Los Angeles and has also founded its own organization for this purpose. His diplomatic, but determined and self-confident demeanor in court earned him a lot of respect. He also gives lectures on a regular basis. a. at universities.

Mesereau is divorced and has been dating the African American Minnie Fox since 2005. He lives in Los Angeles.