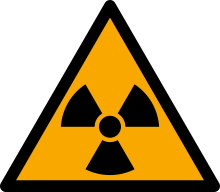 Vacuum ultraviolet has an energy higher than 5 eV and therefore belongs to high-energy, ionizing radiation. Therefore, exposure to vacuum UV for radiation protection should be reduced to a minimum.

Spectra in the VUV radiation range were first recorded by Viktor Schumann in 1893; to he developed own measuring equipment, the vacuum, with prisms and lenses made of fluorite and a special photographic emulsion , wherein said light-sensitive silver crystals on top of the gelatin layer were enriched worked. With his vacuum spectrograph, Schumann was able to measure radiation with wavelengths below 185 nm to a minimum of 120 nm for the first time.