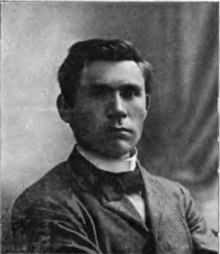 Ásgrimur was the son of a farmer. He was born on a farm in southern Iceland and grew up in the shadow of the Hekla volcano . In 1897 he went to the Royal Danish Academy of Art in Copenhagen to study painting.

Ásgrimur had a strong influence on the art of his country and was one of the first Icelandic artists to gain prestige abroad.

In terms of motifs, he concentrated on the landscapes of his homeland, with the French Impressionists as models in mind. Some of his pictures also illustrate Icelandic sagas and folk tales .