In 1958 the world economy experienced its first post-war recession . The Federal Republic , in the middle of the economic miracle , is only slightly affected (GDP 469.2 billion euros, in 1995 prices, compared to 449.2 in the previous year = +4.45%), North America (= USA and Canada ) and South America on the other hand noticeable. 1958 (or 1957) is considered to be the year in which a long crisis in the coal and steel industry ( coal crisis (= "colliery") and crisis in the steel industry ) began in West Germany . In the Ruhr area , the largest agglomeration in Germany with over 10 million inhabitants , these crises are particularly visible (details here ).

The movement for nuclear disarmament is growing in strength worldwide. The British Campaign for Nuclear Disarmament gives the movement with the peace symbol its logo, and their Aldermaston March becomes the model for the Easter marches . In Germany, the fight against atomic death is emerging in parallel .

In the Cuban Revolution , the rebels go on the offensive and are finally victorious in the Battle of Santa Clara at the turn of the year .

In France, after numerous internal crises, especially the Algerian War , the Fifth French Republic followed the fourth. The new political system was decisively shaped by Charles de Gaulle , the first president (1958–1969). As early as 1946, in his Bayeux speech, De Gaulle had outlined his ideas for a system of government with a strong president who was independent from the legislature , deliberately differentiating it from the political system of the Fourth Republic with a weak executive . Special powers in the constitutional law of June 3, 1958, including the drafting of a new constitution, enabled de Gaulle to implement these ideas in the constitution of the Fifth Republic .

Taiwan conflict over the Quemoy and Matsu Islands 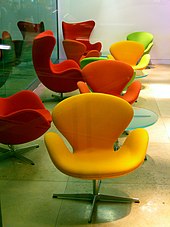 The swan and the egg of different colors