1555: Title page of the print of the Reichs Farewell to Augsburg 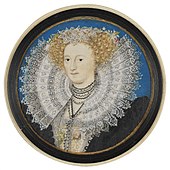