Movements before the Battle of Ceresole

On July 20, Duke Albrecht of Prussia and Brandenburg-Ansbach issued the foundation diploma Scimus primam omnium in gubernatione curam Principum esse debere, ut vera Dei notitia late propagetur , with which the particular, which has existed in Königsberg since 1540 , is transformed into a full university. The University of Königsberg is inaugurated on August 17th . Georg Sabinus becomes the founding rector and is also professor of poetry and eloquence. After the Brandenburg University of Frankfurt , the Albertus University is the second oldest university in what would later become Brandenburg-Prussia and for three centuries it was the spiritual center of Protestant Prussia . Located outside the Holy Roman Empire , the new college is the first without an imperial or papal privilege because both Emperor Charles V and Pope Paul III. refuse to give their consent to this “real Lutheran” university, whose professors have to take the oath on the Confessio Augustana .

The first edition of Cosmographia by the cosmographer , humanist and Hebraist Sebastian Münster appears. It is the first scientific and at the same time generally understandable description of the knowledge of the world in German, in which the basics of history and geography, astronomy and natural sciences, regional and folklore are summarized according to the state of knowledge at that time. The title Cosmographia is the Latin form of the Greek kosmographía (description of the world), derived from kósmos (earth, universe) and gráphein (to describe). The full title of the work is: Cosmographia. Description of all countries by Sebastianum Munsterum, in which all peoples, rulers, Stetten and well-known spots come from: manners, customs, order, belief, sects and handling, through the whole world, and especially the German nation. Whatever is found special in any one country and is found in it. Everything is explained with figures and beautiful tables, and made for eyes.

North facade of the Tucherschloss 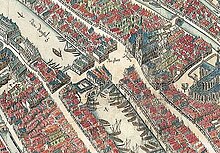 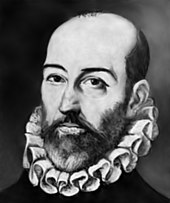