The title of this article is ambiguous. Further meanings are listed under 1602 (disambiguation) . 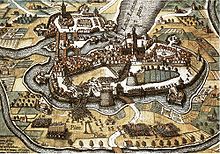 Depiction of the Escalade

The Jesuit missionary Matteo Ricci published the world map Kunyu Wanguo Quantu in China , which combines European and Chinese geographical knowledge and was essential for the growing Chinese understanding of the world. 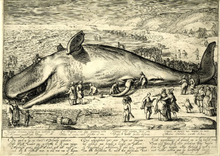 The Italian philosopher and Dominican Tommaso Campanella publishes La città del Sole ( The Sun State ) - the utopia of a perfect Christian-Communist state. In this he attributes all social evils to private property . He wants to eliminate this with a collectivist social order that encompasses all areas of life. According to him, precisely determined requirement plans determine production .

In the second edition of his book Von Zauberey vnd Zauberern Thorough Report against the persecution of witches and torture , the Palatinate Pastor Anton Praetorius uses his name for the first time. In 1598 he published the first edition under a pseudonym.

Peter Binsfeld : Tract on the acquaintance of sorcerers and witches , Munich 1602

At the same time the publisher gives Adamsberg a remake of the first time in Munich in 1589 appeared witches treatise treaty of the Bekanntnuß of wizards and witches of Trier auxiliary bishop and witches theorist Peter Binsfeld out. 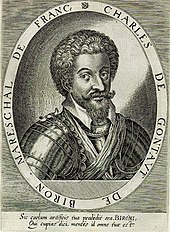