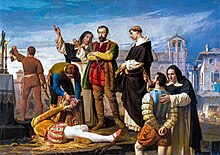 Execution of the Comuneros , Antonio Gisbert , historical painting from 1860

The the Bishopric of Hildesheim associated Burg Peine , during the Hildesheimer pin feud of troops of the Principality of Brunswick-Wolfenbüttel vainly besieged several months again. 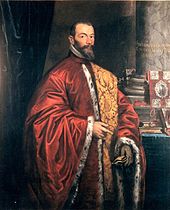 The 86-year-old Antonio Grimani was elected Doge of Venice on July 6th to succeed Leonardo Loredan , who died on June 21st , although he had to flee Venice convicted of high treason in 1499 after a military defeat and only in 1510 after generous payments of his Family could return. Grimani inherits from his predecessor a treasury that is heavily indebted because of the enormous costs of the war.

King Charles V allies himself with Pope Leo X of the Medici family and Henry VIII of England against the French King Francis I , who wanted to attack the Kingdom of Naples via Milan in an alliance with Genoa , Venice and Ferrara , including the Habsburg kingdom To release the clutch. In November, the imperial general Fernando Francesco d'Avalos di Pescara recaptured the Duchy of Milan for the Holy Roman Empire.

Nydala Monastery after the pillage

As a result of last November by King Christian II. And Archbishop Gustav Trolle damage done Stockholm bloodbath at the Swedish nobility begins at Gustav Vasa of Dalarna in the Swedish war of liberation . The anti-Danish propaganda is still fired when Christian II allegedly sacked the Nydala monastery on his way back from Stockholm to Denmark in February and drowned the abbot and the monks in the lake.

The rebels under Gustav Wasa win their first victory over Christian's troops at Brunnbäck at the beginning of April . At the end of April Gustav Wasa is the master of Dalarna , Gästrikland , Västmanland and Närke . In June he stands with his peasant army in front of Stockholm , but storming the city is out of the question as he lacks the people and material suitable for warfare.

After Gustav Wasa succeeded in bringing large parts of Sweden under his control, he was proclaimed imperial administrator on August 23.

A surprise advance by Crimean Mehmed I. Giray across the Oka on June 28th caught the units deployed to defend Moscow's southern border unprepared and triggered a panic-like escape. The Tatars penetrated almost to the walls of Moscow in July , but withdrew again surprisingly on August 12th.

In connection with the incursion of the Crimean Tatars succeeds the Ryazan Prince Ivan Ivanovich, who on the orders of Vasilis III. was arrested on June 29, fleeing to Lithuania . The Principality of Ryazan is then finally incorporated into the Grand Duchy of Moscow .

Woodcut of the Siege of Belgrade 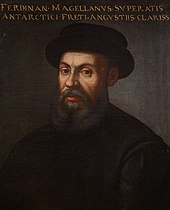 The crossing of the Pacific by the expedition under Ferdinand Magellan, which began at the end of the previous year after crossing the Allerheiligenstrasse , takes three months and 20 days, during which, apart from two tiny, uninhabited islands, no land can be seen. A large part of the team fell ill with scurvy ; there is nothing left to eat on board the ships except rusks streaked with worms and rat droppings. Seafarers therefore begin to eat leather that has been steamed and roasted in salt water or soup made from sawdust. Rats, which the sailors sell for half a ducat, are particularly popular. At least 19 men die. 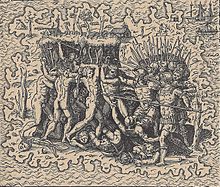 The Torre de Belém near Lisbon will be completed after six years of construction. The structure serves as a lighthouse, together with a second tower on the other bank of the Tagus river, as a bulwark against enemy ships and as a prison and arsenal. It is one of the last completed Manueline architecture . With the death of King Manuel I on December 13th, this architectural style, which is only found in Portugal, is coming to an end.

Hans Holbein: The body of Christ in the grave , oil and tempera on limewood 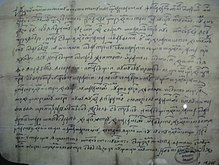 Neacșu's letter is the oldest known document in the Romanian language . The letter will be on 29./30. Writtenin Cyrillic script by the merchant Neacșu Lupu in Câmpulung (Langenau) onJune 6thand addressed to Johannes Benkner, city judge of Kronstadt (Brașov). It contains information about an impending Ottoman attack on Wallachia and possibly also on Transylvania .

The game of Patolli is banned in Mexico . The Roman Catholic Church in the country attaches religious importance to the game and suspects “pagan atrocities” in it.

Ignatius of Loyola as a young officer

Basque nobleman Ignatius of Loyola was seriously injured by a cannonball on May 20th while defending Pamplona against French troops during the Italian wars . As he will later report in his autobiography, instead of reading his favorite chivalric romances on the sick bed, he reads a collection of legends of saints and a description of Christ's life and therefore comes to reflect on his way of life. During his convalescence in the Montserrat monastery , he made his life confession, which, according to tradition, lasts three days. 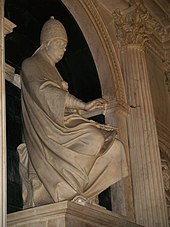 Pope Leo X dies on December 1st in Rome. His death from a winter flu with attacks of fever is so sudden that he cannot even receive the sacraments. Since his body is quickly disfigured by swelling and black discoloration, supporters of the Medici Pope suspect that he might have died an unnatural death. The suspicion falls on the cupbearer Malaspina, who is said to have poisoned him on behalf of French sympathizers. However, neither the interrogation of the suspect nor the autopsy provide any clear indications of a poisoning and Malaspina is released. Because of the high debts Leo X left behind, allegedly not even the candles for his funeral could be paid for. His bones are buried in the church of Santa Maria sopra Minerva . The conclave to elect his successor will be convened on December 27, but will not be able to agree on a successor by the end of the year.

Luther and the Reformation 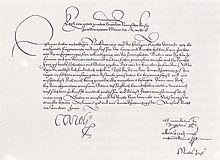 Letter of invitation to Martin Luther to the Reichstag

Place of encounter between Emperor Karl V and Luther: The Bishop's Court in Worms 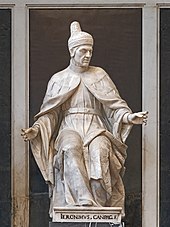 Tomb of Leo X in Rome