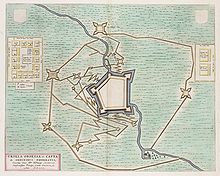 Map of the Siege of Groenlo by Joan Blaeu

Maximilian I as ruler (depiction by Wenceslas Hollar around 1649)

Alfonso II d'Este , Duke of Ferrara , Modena and Reggio , dies on October 27th . Since he has no offspring, he had appointed his cousin Cesare d'Este , Margrave of Montecchio, as heir years before . This is the eldest son of Alfonsos d'Este, an illegitimate son of their grandfather Alfonso I d'Este . When the inheritance regulation is to take effect on the death of Alfonso II, Pope Clement VIII does not recognize it because of the illegitimate birth of Alfonso von Montecchio, accepts Ferrara as a settled fiefdom and annexes it to the Papal States. In the imperial fiefs of Modena and Reggio, however, Cesare can take over his rule. 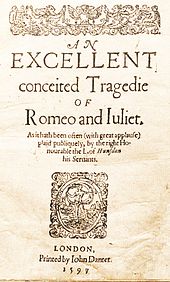 In Birstein near Frankfurt / Main there is a witch trial against four women from Rinderbügen . Court chaplain Anton Praetorius is appointed to the court of witches by Count Palatine Friedrich IV . Encouraged by the teacher Johannes Cisnerus, Praetorius revolted and did everything to ensure that the process ended and the women were released. As the local pastor, he railed against the torture so fiercely that it actually happened. The last survivor of the trial is released. This is the only recorded case of a clergyman asking for an end to the inhuman torture during a witch trial and being successful. However, Praetorius is relieved of his office as court preacher due to his commitment.