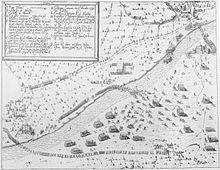 Map of the Battle of Mülheim 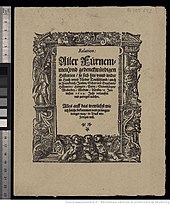 Title page of the relation from 1609 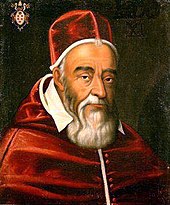 On March 3rd, Pope Clement VIII dies in Rome after a 13-year pontificate . On April 1st, with the support of the French, but against the wishes of the Spanish cardinals, the conclave elects Alessandro Ottaviano de 'Medici as his successor. This takes the name of his uncle Leo X. and calls himself Leo XI. Shortly after his election, when he was about to solemnly move into the Lateran, Leo, who was already 70 years old, fell ill, probably with pneumonia, and died after only 27 days as Pope. On May 16 then selects the conclave Camillo Borghese, the youngest member of the College of Cardinals , the new pope, the name Paul V. takes. After the election, he appoints his nephew as a so-called cardinal nephew as cardinal and cardinal state secretary . 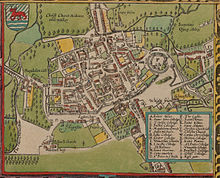 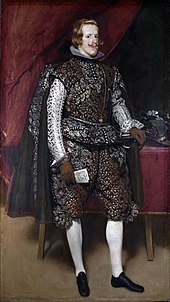 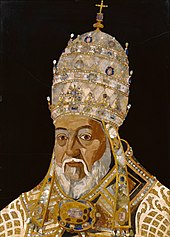