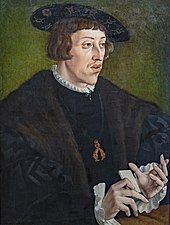 America and the Pacific

On April 29th, Duke Johann III, the peaceable , and Duchess Maria von Jülich, Kleve and Berg confer the privilege of “ thread food ”, that is, the monopoly of bleaching and twisting, according to “nowhere in the ducal lands bleached and twisted ”is allowed than in Barmen and Elberfeld (both today in Wuppertal ).

The town hall of Marburg

Felix Manz is drowned in the Limmat , illustration from the 17th century. 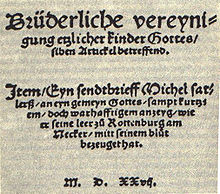 Front page of the Schleitheim article

Memorial stone for the Sattler couple in Rottenburg am Neckar

Other events in the course of the Reformation

The Principality of Basel 1527 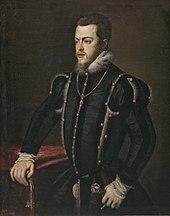 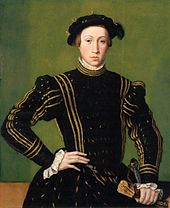 Maximilian II as a youth 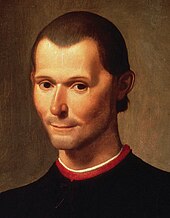