The sea route to India

The Portuguese navigator Vasco da Gama , who has been searching for the sea ​​route to India on behalf of King Manuel I since the middle of last year , has been sailing north on the east coast of Africa with his fleet of just three ships since the beginning of the year. On January 10th he anchored in Delagoa Bay , which he called Terra da Boa Gente ( land of the good people ) because of the friendly residents . On January 22nd , he reached the mouth of the Zambezi and built a padrão there . In March, the Portuguese discovered the Ilha de Moçambique , named by da Gama after the local Sheikh Moussa Ben Mbiki, and on April 7th the fleet reached Mombasa . Here Arab merchants who fear for their monopoly in the spice trade try to prevent Da Gamas from continuing their journey.

The Portuguese then sail on to Malindi , which is in competition with Mombasa, and where they can find support. From here an Arab pilot leads Vasco da Gama through the waters. On May 17 or 18, the Indian mountains of the Western Ghats came into view and the squadron finally anchored near Kalikut on May 20 . A trade agreement is signed with the Samorim of Kalikut, but when, after a few incidents with Arab traders, the mood slowly turns against the Portuguese, they leave the city at the end of August. You first sail north to the Angediven before Vasco da Gama finally leaves India on October 5th with the holds full of spices, namely the luxury item pepper .

Duke Albrecht the Brave of Saxony 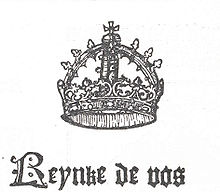 Title of the original edition 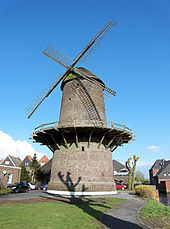