Ehrenberg Castle in Tyrol, one of the few fortresses that successfully opposed the prince uprising

on the right the large lye, on the left the small lye 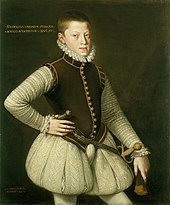 Archduke Rudolf at the age of 15