Bernardo Bandini Baroncelli , one of the main assassins of the Pazzi conspiracy against the Medici and alleged murderer Giuliano di Piero de 'Medicis , who managed to escape to the Ottoman Empire last year , is arrested in Constantinople on the orders of Sultan Mehmed II in the spring . At the end of the year Lorenzo de 'Medici achieved his extradition to Florence through negotiations with the Sublime Porte . Bandini is returned to Florence, sentenced to death on December 28, and hanged the following day in the Palazzo del Bargello .

The Republic of Venice under the doge Giovanni Mocenigo , who was newly elected last year, makes peace with the Ottoman Empire under Sultan Mehmed II on January 24th and has to forego the Argolis , Negroponte, Skutari and Lemnos and also pay tribute 10,000 gold ducats every year.

At the beginning of the reign of Matthias Corvinus, the Hungarian generals Pál Kinizsi and István Báthory win an important victory over the Turks in the Battle of Brodfeld on October 13th . The Ottomans under Ali Kodscha are crushed. The defeat of the Ottomans means that they no longer attack southern Hungary and Transylvania for a long time . 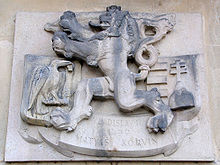 With the Peace of Olomouc , Matthias Corvinus and Wladislaw von Poland put an end to the ten-year Bohemian-Hungarian conflict. Corvinus renounces further claims in Bohemia , but keeps the Bohemian neighboring countries Moravia , Silesia , Upper and Lower Lusatia and the title of King of Bohemia . The Bohemian claims to rule of the one who was to die first should fall to the other. With this provision, the constitutional unity of the Bohemian Crown is preserved, even if there are currently two kings.

Duke Maximilian I of Burgundy from the House of Habsburg defeated the French under Philippe de Crèvecœur in the battle of Guinegate on August 17th with his army . King Louis XI. wanted to incorporate further Burgundian possessions into his empire.

The Treaty of Alcáçovas , signed on September 4th in Toledo , Castile, ended the War of the Castilian Succession between Castile and Portugal . The Portuguese King Alfonso V declares that he is renouncing all claims to the Castilian throne, in return the Portuguese sovereignty over all waters and lands south of Cape Bojador is affirmed. Only the Canary Islands are awarded Castile.

Furna is first mentioned in a document. 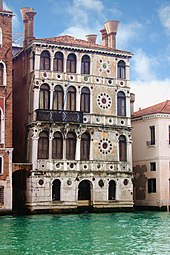