The year 1429 marks the turning point in favor of France in the Hundred Years War . The charismatic warrior Jeanne d'Arc succeeds in breaking the English siege of Orléans , relieving the city and in several subsequent battles repulsing the English troops to the north. In the summer, Charles VII is crowned King of France in Reims . 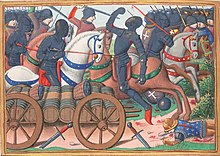 The battle of the herrings in a contemporary representation 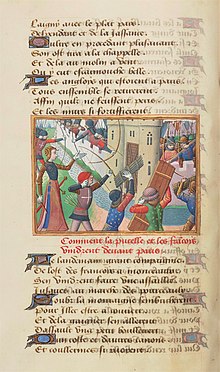 Joan of Arc with French troops fighting the besiegers 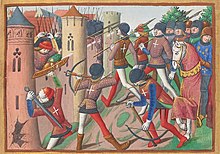 Miniature of the Battle of Jargeau, 1508 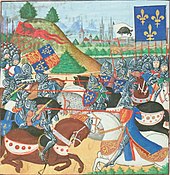 The battle of Patay in a contemporary representation 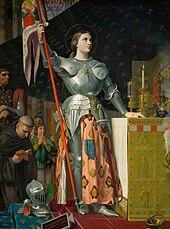 Joan of Arc at the coronation of Charles VII: history painting by Dominique Ingres