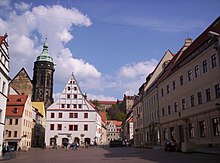 Market square in Pirna with the church of St. Mary, the Canaletto house and on the right house no. 10, 1472–1686 seat of the iron chamber

Coat of arms of Charles the Bold 1472

Piero de Medici as a youth 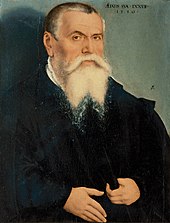