The former Katharinenkloster in Bremen, the first school building on Sögestraße 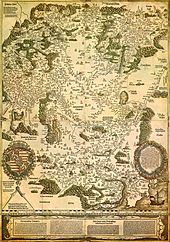 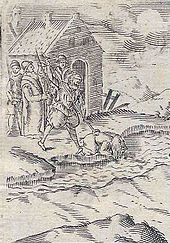 Elsbeth Hügline is drowned in the Danube, detail of Hubmaier's portrait by Christoffel van Sichem, 1606