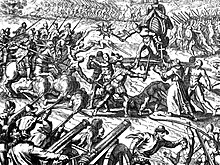 Anna of Denmark, Electress of Saxony