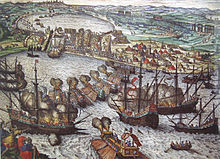 Attack on La Goletta, with Tunis in the background 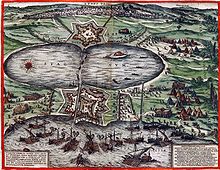 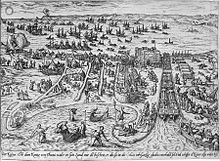 The emperor reinstates the king of Tunis in his country. (contemporary etching by Frans Hogenberg ) 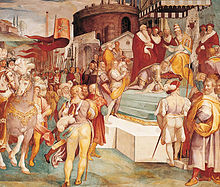 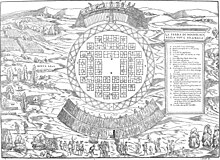 Idealistic representation of the High Elagas by Giovan Battista Ramusio and Giacomo Gastaldi (1556), based on Jacques Cartier's notes