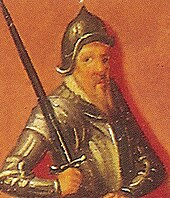 Friedrich I of Brandenburg 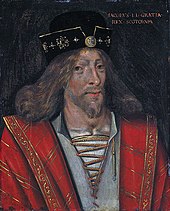 After the ransom for the captured king was paid to the English crown in 1420 , James I returned to Scotland with his wife Joan Beaufort and was crowned in Scone in May . Then he sets out to restore royal authority in the Kingdom of Scotland and turns against the previous regent Murdoch Stewart, 2nd Duke of Albany .

Hongxi becomes the fourth emperor of China from the Ming Dynasty after the death of his father Yongle . He reinstates disgraced Confucians and appoints his closest advisers to senior civil servants. He appoints scholars from the Hanlin Academy as imperial grand secretaries, who in turn are tasked with restoring the government institutions, which have been very militarily oriented since Yongle, a civil interior. Hongxi pays great attention to the finances and bureaucracy of the empire. With him, Zheng He's expeditions and trade trips come to a temporary end due to the enormous costs. The new emperor forbids the government to confiscate construction timber, gold and silver, passes tax cuts for impoverished farmers, and sets up commissions to investigate tax evasion. During the famine of 1424, he defied the council of ministers and provided food to the hungry.