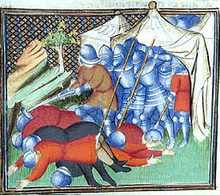 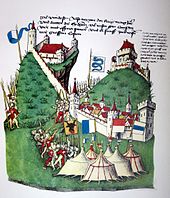 Depiction of the Battle of Arbedo in the Tschachtlan Chronicle 1470 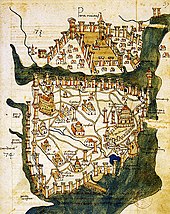 Southwest view of the Liberei 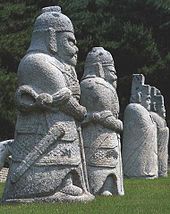 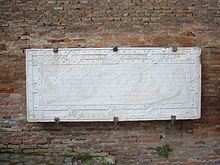 Memorial plaque for Cardinal Alamanno Adimari, who died of the plague, at the Church of Santa Francesca Romana in Rome