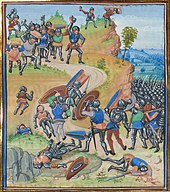 Emir Muhammad VI. von Granada loses the power struggle against his predecessor Muhammad V, supported by the Merinids in Morocco, and flees from him to Seville , where he hopes for help from Peter I of Castile , but is immediately executed by him on April 25th . Muhammad V can re-establish his rule in the emirate of the Nasrids . 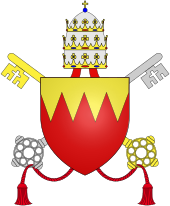 Coat of arms of Urban V.

Maade, Jade and Unterweser
before and after the flood