Replica of a Hussite shield. Original in the Prague Museum

After Tezozómoc's death , his son Maxtla becomes Prince of the Tepanecs in the city-state of Azcapotzalco in the Valley of Mexico .

Crucifixion of Peter and the martyrdom of John the Baptist 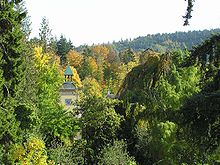