1917: Advance of the Austrians after the Battle of Karfreit

1996: The Danube floodplains near Hainburg 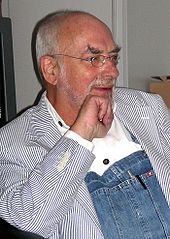 The list of commemorative and action days contains further entries .