In 1972 , the power structure between the blocs in the Cold War shifted : the People's Republic of China , which had been admitted to the UN the previous year , drew closer to the USA thanks to Richard Nixon's visit to China . Meanwhile, relations between the Federal Republic and the GDR normalize through the Transit Agreement and the Basic Treaty .

The summer Olympics in Munich are overshadowed by the kidnapping of Israeli athletes .

The year 1972 was the longest year on the Gregorian calendar . As a leap year , it was one day and two leap seconds longer than usual.

Richard Nixon pays an official visit to the PRC against the background of the Sino-Soviet rift .

The ABM treaty between the USA and the USSR is the first SALT treaty to contain the nuclear arms race .

The Watergate affair and protests against the Vietnam War determine American domestic politics.

Federal Republic of Germany and GDR

On January 30, 13 unarmed civilians were shot dead and 13 others shot (one died of complications) by British paratroopers during a demonstration in support of civil rights and against the British government's internment policy in the northern Irish city of Derry . This day, later known as Bloody Sunday , led to the escalation of the Northern Ireland conflict .

US returns control of Ryūkyū and Daitō Islands ( Okinawa Prefecture ) to Japan on May 15 .

Election evening of the 1972 federal election 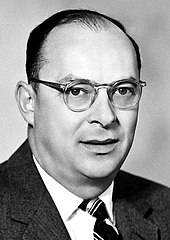