Che Guevara's body laid out after the execution 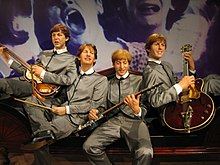 Entries of athletics world records see under the respective discipline under athletics.

King of the Netherlands Willem Alexander

No Nobel Peace Prize was awarded.