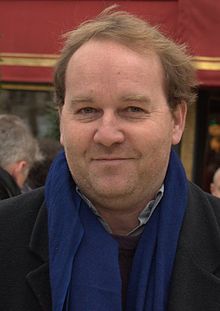 Xavier Beauvois was born in Auchel , in northeastern France, in 1967 . Shortly before graduating from high school, the film enthusiast made the acquaintance of Jean Douchet , a respected film critic, at a conference in Calais . The former professor at the College of Film and Audiovision in Paris ( La fémis ) invited him to the French capital and encouraged Beauvois to gain a foothold in the film business. In 1986, Xavier Beauvois delivered his first directorial work with the short film Le Matou . In 1987 he made his debut as an assistant director in André Téchiné's film The Innocents , in which Abdellatif Kechiche plays the object of desire of Sandrine Bonnaire as an arrogant gigolo . In the same year he assisted Manoel de Oliveira on his fantasy drama Mein Fall .

After Beauvois had gained his first experience as an actor in Michel Béna's short film Daniel endormi in 1988, he made his first feature film in 1991. In Nord he portrayed a dysfunctional family from his home region that is slowly falling apart. He celebrated his breakthrough as a film director for the drama in which Beauvois played the leading role and also wrote the script. At the premiere of Nord in 1991 at the Montréal World Film Festival , the work received several awards. Two years later, Beauvois was nominated for the best young actor and in the category of best debut for the César , the most important French film award. After the success of Nord , offers for several supporting roles in film productions followed, including the relationship drama Der Himmel über Paris (1991) by Michel Béna and Michel Deville's tragic comedy The Little Pleasures of Life (1994), in which he worked alongside Anémone , André Dussollier and Nicole Garcia played a leading role.

After a stay in the Villa Medici in Rome , seat of the Académie française and living and working place for artists, Beauvois made his second feature film in 1995. In Do not forget that you have to die , he acted again in front of the camera and mimed Benoit that his bourgeoise has exactly planned future and tried to escape by any means military service. With the drama, the director was able to build on the success of Nord ; the film won the 1995 jury award at the Cannes International Film Festival . In the same year, Beauvois received the prestigious Jean Vigo Prize . This was followed by other supporting roles in film productions, including Jacques Doillon's internationally award-winning drama Ponette (1996), Bernard-Henri Lévy's critically rejected work Day and the Night (1997) with Alain Delon and Lauren Bacall in the leading roles, and Philippe Garrel's road movie Le Vend de la nuit with Catherine Deneuve .

Success with a fatal decision

In 2000, Xavier Beauvois wrote the script for his third feature film together with Cédric Anger and Catherine Breillat , in which he refrained from acting in front of the camera. The boss's wife is about the Norman factory worker Matthieu, whose father commits suicide after losing his job. Filled with the desire to get revenge, Matthieu enters into an affair with the wife of his boss in order to expose him. The drama starring Benoît Magimel and Nathalie Baye was nominated for the Golden Lion at the Venice Film Festival that same year . The director used Baye again five years later for his next film project A fatal decision . At her side were Jalil Lespert as well as Roschdy Zem and Antoine Chappey , who had been in front of the camera for Beauvois' Don't forget that you have to die, or the boss's wife . For the story of an alcoholic Parisian detective (Nathalie Baye) who takes on an inexperienced police recruit (Jalil Lespert), Beauvois accompanied a police captain to the criminal investigation department for several months. The director's diligence bore fruit; the work represents the greatest success in Beauvois' career so far. A fatal decision was highly praised by critics as a realistic police thriller and nominated for five prizes at the 2006 César Awards . However, Beauvois' fourth feature film failed to prevail in the important categories of Best Film and Director against Jacques Audiard's drama The Wilde Beat of My Heart ; only Nathalie Bayes' acting performance was awarded the award for best actress. 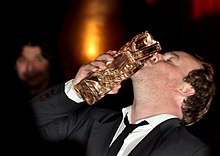 Beauvois with his won César for Von Menschen und Göttern (2011)

Xavier Beauvois, who supported Lionel Jospin's ambitions for the French presidency in 2002 , is married to Agata Boetti. The marriage resulted in his two sons Arthur (* 1992) and Antoine (* 1996). After the success of A Fatal Decision , he increasingly turned to work as an actor. In 2010, with Von Menschen und Göttern , he realized a story about Cistercian monks who stand up against fundamentalist terrorists in Algeria . The film, starring Lambert Wilson , Michael Lonsdale , Philippe Laudenbach and Jacques Herlin among others , is based on a true story - in 1996 the Trappist monk Christian de Chergé and seven other confreres from the Notre-Dame de l'Atlas monastery were kidnapped and murdered in Tibhirine ( Archdiocese of Algiers ). The drama received an invitation to compete at the 63rd Cannes Film Festival and was awarded the Grand Jury Prize. In the same year, Beauvois' directorial work was selected as a French candidate for the 2011 Oscar abroad , nominated for the European Film Award and she won the César for best film.