In 1959 , after the flight of the dictator Batista, the revolutionaries under Fidel Castro take power in Cuba .

The superpowers USA and USSR are trying in talks to weaken the course of confrontation in the Cold War . US Vice President Richard Nixon travels to the Soviet Union, while Kremlin leader Nikita Khrushchev is the first Soviet party and government leader to travel to the United States.

In the Federal Republic of Germany , Heinrich Lübke will succeed Federal President Theodor Heuss after Adenauer had to give up his plans to be elected Federal President in addition to the office of Federal Chancellor . The SPD is aimed with its Godesberg Program towards market economy and acceptance of the Bundeswehr new. 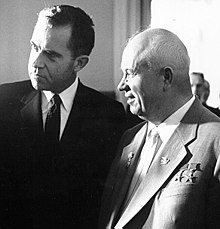 1959 was an extraordinarily good vintage , especially in the Bordeaux wine-growing region . 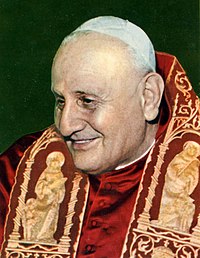 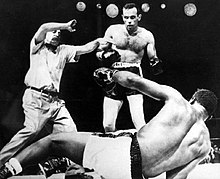 Floyd Patterson on the ground after punching Ingemar Johanssons 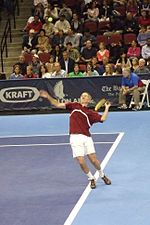