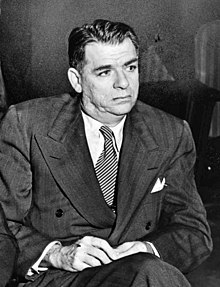 His grandfather, Oscar Hammerstein I , born in Szczecin , was an opera impresario , his uncle a successful Broadway producer . As a teenager he wrote several shows in which he also appeared. His first musical , Always You , for which he wrote books and lyrics, was performed on Broadway in 1921. He was a copywriter for the popular Rudolf Friml opera Rose-Marie (1924) and then began a successful collaboration with the composer Jerome Kern . Her greatest success was the musical Show Boat in 1927which is considered to be one of the masterpieces of American musical theater. They wrote the evergreen Ol 'Man River for the musical . Show Boat was made into a film in 1929, 1936 and 1951 . Over the next few years, Hammerstein continued to work with Kern and the operetta composer Sigmund Romberg ; important works were Sweet Adeline , Music in the Air and Very Warm for May , which was a failure, but contains a song by Kern and Hammerstein that has become standard: " All the Things You Are ." With Romberg he wrote the hits " Lover , Come Back to Me "and" Softly, as in a Morning Sunrise . "

Hammerstein began his most successful and longest-lasting collaboration in 1943 when he met musical composer Richard Rodgers , whose previous lyricist Lorenz Hart was not interested in a subject that portrayed the historical problems between cowboys and farmers and the founding of the state of Oklahoma in an unusually serious way . The result was Oklahoma! , a show that revolutionized American musicals by eliminating music and dance numbers that were not related to the plot.

Hammerstein caused Rodgers to forego jazz elements in his music from now on . The “serious” musical genre that resulted from this was called Musical Play , in contrast to the more revue- oriented musical comedy . This was followed by the successful works Carousel (1945, with the song You'll Never Walk Alone ), Allegro (1947), South Pacific (1949), The King and I (1951), Me and Juliet (1953) and The Sound of Music (1959) as well as the musical film Jahrmarkt der Liebe (State Fair) and the television musical Cinderella . Hammerstein also wrote the script and text for Carmen Jones , an adaptation of Georges Bizet's opera Carmen with an all-black cast. In 1950 he was elected to the American Academy of Arts and Letters .

Hammerstein died shortly after the premiere of The Sound of Music on Broadway.