In German and Swiss carnival, Mardi Gras and Mardi Gras strongholds, November 11th is celebrated as the eleventh in the eleventh at 11:11 a.m. as the start of the carnival session or carnival campaign . Mainz is an exception here, on 11.11. celebrated the number of fools 11 and read out the foolish constitution on this day.

In Great Britain and the Commonwealth of Nations, this day is known as Remembrance Day (also known as Poppy Day or Armistice Day). It is a day of remembrance for those who fell in the First World War . The Jour de l'Armistice is also a public holiday in France and Belgium.

On November 11th, Saint Martin is celebrated with regionally different Martins customs ( Martin Day ). All over Germany and Austria, the children celebrate with St. Martin's parades, during which they sing through the streets with lanterns.

In Asia and more and more regions of the world, 11.11. celebrated as Singles' Day . This is so popular in China that November 11th is now the biggest online shopping day in the world.

1485: The Wettin lands after the division of Leipzig 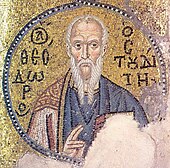