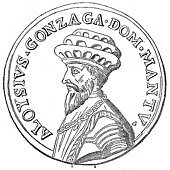 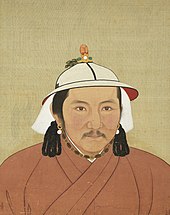 The Chinese emperor Yesun Timur Khan from the Mongolian Yuan dynasty dies surprisingly on August 15 in his residence city of Shangdu . The influential Muslim general Dawlat Shah then proclaimed the eight-year-old Crown Prince Arigaba as the new emperor. However, the surprising death of the old Khan leads to an uprising of the ruling clans. They are dissatisfied that Yesun Timur Khan has concentrated all power on his favorites, especially the Muslim Dawlat Shah. Within a few days, El Temür, city commander of Dadu , undertakes a coup d'état and demands the elevation of Toqa Timur , a son of the former emperor Külüq Khan , to the new Khan. He will be welcomed in Dadu in August. Qoshila , another son of Külüq, also claims the Chinese throne.

Arigaba's army wages a campaign against Dadu, but suffers a devastating defeat against El Temür's forces. Thereupon General Örüg Temür undertakes the siege of Shangdu and takes the city for the new Khan Toqa Timur. Dawlat Shah is executed after the surrender, the fate of the young Khan Arigaba is unknown. In the meantime, Qoshila is advancing on Karakoram . 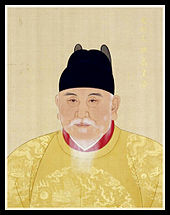