The central global political event of 1258 is the conquest of Baghdad by the Mongol Empire under the aegis of Möngke Khan . The Mongolian army is led by Khan Hülegü , who is also held responsible for the subsequent destruction in the city. The event that marked the end of the Abbasid dynasty in Baghdad is a severe blow to Islam , whose so-called Golden Age ends with the city itself remaining depopulated for years. 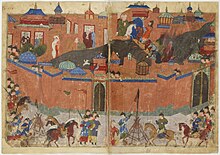 Siege of Baghdad 1258, siege engine in the foreground 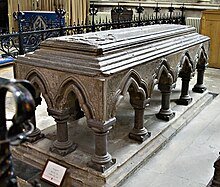