Full-Reuenthal ( Swiss German : Full-Röilete, fulː ˈrœjlətə ) is a municipality in the Swiss canton of Aargau . The northernmost municipality in the canton belongs to the Zurzach district , is located on the Upper Rhine on the border with Germany and consists of the villages Full and Reuenthal.

Full ( 315  m above sea level ) is a scattered settlement in the Fullerfeld, an extensive gravel plain around which the Rhine flows almost in a semicircle. The Aare flows into the Rhine around two kilometers southeast of Full . The settlement with around 700 inhabitants consists of the districts of Unterdorf, Fahrhäuser and Jüppen, which are loosely connected to each other. Reuenthal ( 386  m above sea level ) is just over a kilometer south of it . The village with almost 200 inhabitants is located on an elevated plain, separated by the Fullerhalde, a limestone rock around eighty meters high .

The area of ​​the municipality is 478 hectares , of which 111 hectares are forested and 65 hectares are built over. The highest point is at 424 meters above the Fullerhalde, the lowest at 310 meters on the Rhine. Neighboring communities are Waldshut-Tiengen in the north, Leuggern in the south, Leibstadt in the southwest and Dogern in the west.

The earliest traces of settlement come from the Helvetians , a Celtic tribe who lived around 500 BC. BC took possession of the area. From around 15 BC The Romans consolidated their rule. From 259 to 277 the Alemanni occupied the area south of the Rhine before they were pushed back by the Romans. The Rhine formed the northern border of the Roman Empire, and there was a watchtower at Jüppen. At the beginning of the 5th century, the Romans finally withdrew across the Alps . The Alemanni colonized the region and gradually assimilated the Romanized Celts.

In 1231 the Free von Bernau bequeathed their property to the Order of St. John . The Johanniter initially assigned their newly acquired property to the Kommende Bubikon in the Zurich Oberland . In 1250 the Kommende Leuggern was founded . This developed into the religious and political center of the parish of Leuggern, which included the present-day communities of Leuggern, Böttstein, Full-Reuenthal and Leibstadt. Reuwintal was first mentioned in a document in 1258, the place name comes from the Old High German Riuwintale and means "valley of the Riuwo". The first reference to the Wulne settlement can be found in the Habsburg land register from 1303/08. This place name is derived from (ze) follinun , which means in Old High German "near the poured ground".

In 1415 the confederates conquered Aargau and replaced the Habsburgs as sovereigns. The parish was now part of the County of Baden , a common rule of the Swiss Confederation. During the Swabian War, the villages of the parish suffered severe devastation and looting; Full was destroyed by Swabian troops on February 22nd, 1499, after the war it was rebuilt. From 1529 to 1531, troops of the reformed city of Bern occupied the parish, but the population remained Catholic.

In March 1798 the French took Switzerland and the parish came to the short-lived canton of Baden in the Helvetic Republic . The municipalities of Böttstein and Leuggern were created. During the Second Coalition War in 1799, the front line between the French and Austrians ran through the middle of the Aare Valley, southeast of Full and Reuenthal. The French had set up a camp at the confluence of the Aare and Rhine rivers. The population suffered great hardship through requisitions and compulsory billeting.

After 1803 by the Act of Mediation of Napoleon Bonaparte dissolved Baden, the Canton of Aargau and had risen in the canton, the villages of the parish were reunited in a single community. With an area of ​​over 30 square kilometers, it was the largest in the canton. In 1816, the Great Council decided to split the large community into the communities of Böttstein, Leuggern and Oberleibstadt. He was of the opinion that such a large community without an actual center was not economically viable. Until 1832, Full and Reuenthal belonged to the municipality of Oberleibstadt and have since formed an independent municipality. The last border adjustment took place in 1902, when the small hamlet of Jüppen was separated from Leuggern and added to the municipality of Full-Reuenthal.

The population lived largely from agriculture until the early 20th century , and industrialization was slow to take hold. In 1939, shortly before the start of World War II , the military completed the Reuenthal Fortress , which should have stopped any attack by German troops. When Waldshut was bombed on February 19, 1945, two bombs fell on the hamlet of Jüppen and caused considerable property damage. In the second half of the 20th century there were several projects to make the Rhine and Aare navigable , and in the 1980s there were even plans for a river port in the Fullerfeld (see Transhelvetic Canal ). All these projects failed due to resistance from the population and nature conservationists. At the beginning of the 21st century, the residents of the community successfully defended themselves against the intention to run the planned German federal motorway 98 a little way over the Fullerfeld. The mountain variant north of Waldshut is now favored again. 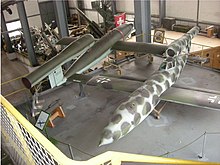 The Swiss Military Museum is located in Full-Reuenthal . Tanks, artillery, anti-aircraft and anti-tank guns of the Swiss Army and other armies are shown in Full in several former factory halls , while the former artillery plant has been made accessible to the public in Reuenthal.

The assembly of those entitled to vote, the municipal assembly , exercises legislative power. The executing authority is the five-member municipal council . He is elected by the people in the majority procedure, his term of office is four years. The parish council leads and represents the parish. To this end, it implements the resolutions of the municipal assembly and the tasks assigned to it by the canton. The Zurzach District Court is the first instance responsible for legal disputes . Full-Reuenthal belongs to the XVII (Zurzach) judges' circle.

According to the corporate structure statistics (STATENT) collected in 2015, Full-Reuenthal has around 270 jobs, 53% of which are in agriculture, 22% in industry and 25% in the service sector. The most important employer is Kuhn Champignon AG, the largest mushroom grower in Switzerland. Most of the employed are commuters and work in neighboring communities or in the Baden region .

Hauptstrasse 7 runs between Full and Reuenthal from Basel to Winterthur , both districts are connected to it by side streets. The community is served by the Postbus line from Koblenz train station to Leibstadt . The Full – Waldshut ferry runs from Jüppen across the Rhine to Waldshut ; it is the only ferry in the canton of Aargau that operates according to a fixed timetable.

Political communities in the Zurzach district