In the dispute between Flemings and Dutch over Zeeland , a Flemish force of around 120,000 men pulls up before Zierikzee , which a few years ago served as a refuge for the Dutch Prince Willem from the House of Avesnes . They besieged the city for several months until finally a fleet of Dutch and French warships arrived under the command of the Monegasque Admiral Raniero Grimaldi . The fleet is inferior to the Flemish in numbers and fighting power, but the luck of war and the tides bring victory to the Dutch and their allies in the battle that broke out on August 10th . Willem, who is on board one of the ships, moves into the city again, but now not on the run. 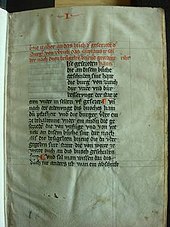 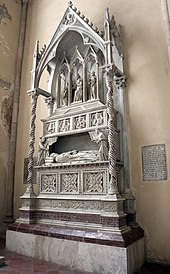 Tomb of Benedict in Perugia